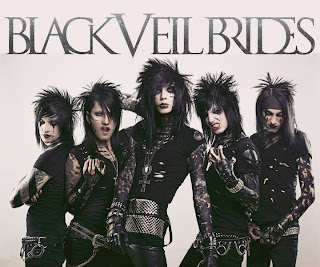 Black Veal Brides are yet another emo pop band to be spawned from the evil loins of Ohio. Just like Devil Wears Prada, and Falling On Reverse before them. The band, if you can call it that, was created by Andrew Beersack, Johnny Harold, and Phil Sinadella in Delhi, Ohio. They were all young emosexuals that were dating satanic wiccans, where they met at a coven blood letting sacrifice. While not being bleed by the witches they discussed their appreciation for the demonic band KISS.

BOTDF is an evil band that is full of disgusting emosexuals. The worst of which is known as Dahvie Vanity, whose real name is David Jesus Torres. That’s right, not only is he an Emosexual, not only is he a child rapist, but he is also a dirty Mexican. But what else would you expect from a music group whose name refers to virgins having their monthly Aunt Flo visits on a dance floor. This music group is disgusting but this sexual deviant pervert is even worse. 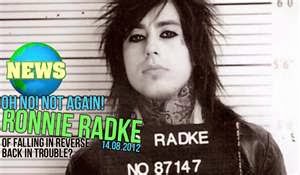 Recently a young teen facebook friend contacted me. He was in fear of his immoral soul. It seems that he had unwittingly listened to sinful "music" while at a friends house. This music is from a group called Falling in Reverse. What he told me about the band I could not believe. He told me that the lead singer just got out of jail for murdering someone. I thought this had to be false as Hollywood is an evil place but they would never make a murderer famous. I was so wrong.