I recently had time to talk to some of the stars of the new Transformers movie at the recent premiere of the movie in Atlanta Ga, where parts of the motion picture was filmed. There was that Marky Mark guy that makes hamburgers on TV. There was also the whorelot that stars in the movie too. Anthony Hopkins was sort of there. But he was drunk and mumbling about ruining his career. But the most "realist" and most interesting person there was Optimus Prime.

Optimus Prime has been staring in TV and movies for the franchise which is based off of Hasbro toys for over 30 years. But Mr. Prime revealed to me that he will not return after watching the latest movie.

"I am disgusted. Michael Bay has ruined this. I have been a hero to generations of children. But what am I now? What am I now?" asked Optimus Prime. "I've been letting it go. Put up with so much. Hasbro just keeps throwing money at us. What was I supposed to do?"

Is It Time To Invade France To Bring Them Freedom?

If you keep up with international news then you have probably heard that France has elected a new president. France is a country that has seen it's fair share of Islamic terrorism in the last few years, as more and more Muslims are allowed into their country. In fact there are large tracts of cities in France where the police and military do not go because they are their own little terrorist countries in the larger nation of France, and ruled by Sharia Law.

So did they elect the candidate that wanted to stop the Muslim invasion of their country? No. They elected a giant liberal cuck named Macron, an even larger cuck than Justin Trudeau, the some how elected leader of Canada.

Macron is such a little cuck that at the age of 15 he was seduced and became a victim of his sexual predator teacher. He was only 15-years-old when he was in a school play directed by Brigitte Trogneux, who was 24 years older than him. A few years later he married the sexual predator. This is the type of loser that is now going to rule France for 5 years. 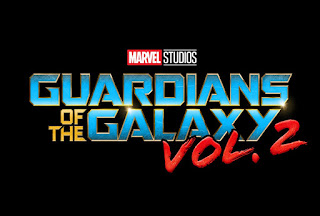 As many of you know I often get asked by my local movie theatre to come down and watch new movies before they are released to the normal folks. So last week they asked me if I would like to watch Guardian of the Galaxy. Thinking that the movie was about our Lord and Savior, I went down to give it a try.

It was NOT about Jesus Christ our Lord and savior. It was about some pudgy faced idiot traipsing around wearing a red leather jacket like he was in the matrix movies. This idiot calls himself "Star Lord" which by the way is a direct affront to our Lord and Savior Jesus Christ who is the one and only Star Lord. This moron runs around the galaxy in a spaceship full of freaks and causes mayhem and then tries to fix what he has broken.

Let me be honest. I didn't watch the whole movie. I fell asleep. It was that bad.

President Donald Trump announced today that he will be appointing Basketball player Dennis Rodman to be the U.S. Ambassador to North Korea.

Relations between the two countries have been very cold for years, with rhetoric on both sides being heightened lately, Trump took the opportunity to promote the once star player and no stranger to Pyongyang to help ease tensions.

Rodman has actually been to the communist countries several times as a guest of the North Korean leader who is a huge fan of basketball.

It is not as surprising for Trump to choose Rodman as one might think. Trump has become known for promoting his supporters, and Rodman endorsed Trump's candidacy in 2015.

Atlanta Portal To Hell Opens on I20

If you have been following the news at all then you know that some mighty interesting things have been happening in my once grand city of Atlanta lately. 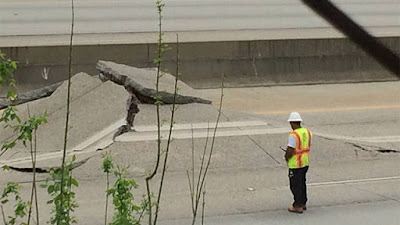 First some dirty homeless crack heads burned down a whole interstate. Then The next weekend a 3 truck crash shut down another interstate spilling poisons all over the place. The week after that a railroad bridge caught fire. AND now finally a portal to hell it's self has opened up on I20.

That's right. A portal to hell. That idiot muslem mayor Kassim Reed and his lap spokes dogs will tell you it was a gas leak. I even heard that a truck some how did it this morning. Right.

God Hates Tom Brady: How A Patriot Sold His Soul To The Devil

I was born in 1930 In Atlanta. I have seen many things in my life. But what I saw Sunday night took the cake. The Atlanta Falcon’s with God himself on their side were laying holy waste to the disgusting deceptive New England Patriots. As if any Yankee northerner could ever be a patriot to this great God fearing nation. The score was 28 to 3. The Falcons were winning with God the mighty Jehovah on their side. But then something happened.
Read more »
Posted by Susan B. Xenu at 8:52 PM No comments: