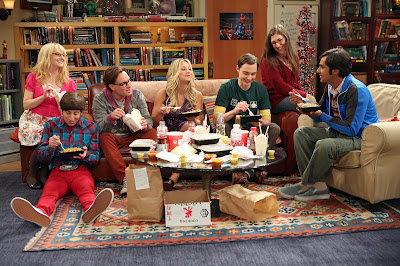 There is a horrible anti-christian television show on CBS that is known as “The Big Bang Theory”. Just like the supposed scientific theory that it is loosely based on, the show is viomently anti-christian and I strongly urge all Christians to boycott it.

Tonight will be the season finale of the show. But if God were in anyway involved with the show it would be the series finale instead. But since God is in no way related to this horrible show, it has been extending through the 2013–2014 season.


The Big Bang Theory is a sitcom created by Chuck Lorre and premiered on CBS on September 24, 2007. You may remember that Chuck Lorre is the same evil mastermind behind the show “Two and a half Men”. Which is about a homosexual couple that are raising their adopted son to follow them in their homo-gay lifestyle.

The show takes place around a set of four god hating scientists, who are roommates, experimental physicist Leonard Hofstadter and theoretical physicist Sheldon Cooper and their co-workers and friends Howard Wolowitz, and Rajesh Koothrappali.

To offset the pagan geekiness of the four is their neighbor across the hall Penny, an attractive blonde waitress and aspiring actress and most importantly Christian foil. They often mock her for being less intelligent then them and having a meager profession.

Last season they realized that the underlying homosexual agenda of the show was a bit to apparent and added three new women to the show to offset the obvious gayness of the show. First was Bernadette, a microbiology graduate student that works with Penny. Her character recently has become engaged to Howard. Forming a Catholic and Jewish Union.

Second is Amy Farrah Fowler, a neurobiologist who met Sheldon via an online dating service. But the friends were later horrified when Amy turned out to be a female version of Sheldon.

Now one could argue who was the top and who was the bottom in that disgusting relationship but it doesn’t matter. The show is a disgusting insult and smutty smite upon Christians. It glorifies the “theories” of evolution and the big bang, which are both diametrically opposed to Christianity. 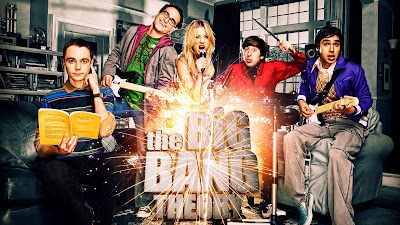 Many of the characters also glorify comic book characters, which as we have seen from many christwire articles are just plain unholy, encourage homosexual behavior, and lead to young women posting pornographic images of themselves on facebook, for young men to pleasure themselves to.
As a christian to other Christians I implore you to boycott this homosexual travesty to television.