After some of the fall out of the many articles on music groups that we find sinful, I made a personal promise that I would find a another music group that I found to be a positive christian act that the youth could listen to. I received many suggestions but found them all to have horrible messages. Some of which were hidden messages, that I had to try playing backwards. That is not as easy now as it used to me in the 1970's and 80's. Back then you were dealing with a needle on vinyl. With today's technologies you are dealing with deadly lasers, and computer files. How do you even play a computer file backwards?

I finally found an artist that I approve of. I was on Youtube researching an Anti-American Islamacist Jihadist wrapper named 2Pak-is-Stan when I discovered a wrapper from the Godly southern State of Mississippi. He is a young afro-black that goes by the name if Big K.R.I.T.

After some research I found that his name stands for:
Khristian
Retribution
In
Tunes

His latest album is "Return of For Ever", a clear reference to the impending Return of Christ. I love his song "The Vent". In it he talks about God's will, and why some people lose faith in the ever lasting lord. In his song "Another Naive Individual Glorifying Greed and Encouraging Racism" He discusses his wish to over come the violence so commonly endemic to his race. Other songs with strong spiritual over tones are "Free My Soul", "Get right", and "Lions and Lambs".

Unfortunately, like most wrap music, I don't understand most of what he is saying as I do not fluently speak the afro-ebola language. But from what I heard on youtube, I conciser this album to be very "cranked" and is definitely the "sizzle". I think those are terms that afro-youth use to describe wrap music...forgive me if my use of them is considered racially offensive. Speaking of offensive, please black people do not drive through my neighborhood playing this as loud as you can, as there are no "hoocies" for you to "hit dat" with. Drive and listen responsibly.

As usual, if you love your country please protect it from these dangers, and keep a keen Christian eye on Christwire.org! Have a comment? We would love to hear from you! Please post below and to communicate with me personally add me as a friend on facebook.
Posted by Susan B. Xenu at 9:15 PM 2 comments:

I believe that I have uncovered the evil recipe for building a terrorists. In strict mathematical formula it looks like this muslim+homo gay porn(Jizz fashion)= Terrorist.

The haunting bit of information I believe is “Three other U.S. officials familiar with evidence gathered during investigations of other Islamic militants said the discovery of pornography is not uncommon in such cases.”
Obviously this is typical fare for a terrorist compound.

Also, in what I think is related news; The Smoking Gun reports that terrorist Anwar al-Awlaki, the American-born Islamic scholar, who is targeted for death by U.S. forces, was repeatedly arrested for soliciting prostitutes in California. The article does not blatantly state it but reading between the liberal medias lines you can see that he was picking up gay man whores. You can assume this because anyone so sick as to kill the true children of God in such senseless terror acts could only be interested in craving the satanic baptism from another mans baby juice producing sin stick in the face, and then disgustingly licking said filth from his ugly dirty terrorist beard.

Thank the christian god that they have not yet realized that they can easily slip into America like a wet slippery black sinstick, at our virtually unprotected southern border where almost as dirty mexicans gain rear entry every night under the cover of the devils dark night. 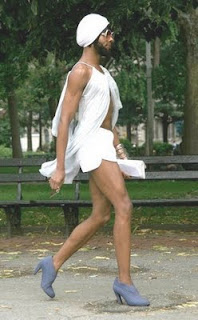 Since I joined Christwire I have been alerted to many new dangers to Christianity and today’s youth. I have found that as an older lady there are many new sickening sex terms that I am unaware of. Of course wanting to become familiar with these dangers I have done some research and decided to share some of these sickening sex acts.

Abe Lincoln – This is a disgusting act alone but worse it perverts the name of one of our US Presidents. The man relieves his baby juice on the face of an unconscious person. Then puts some dirty area hair on the baby juice to form a beard. They then apply a top hat.

Angry Dragon – After applying a load of baby juice in the persons mouth, they smack the back of the head of the partner making the baby juice come out the nose. The nostrils will be flared with smoke (baby juice) coming out making the victim look like an angry dragon.

Angry Pirate – When a person is giving oral pleasure, the reciever pulls out, ejaculates in the givers eye and kicks them in the shin. They will then hobble around on one foot with one eye closed going “ARRRR” like a pirate.

Blumpkin – Getting oral pleasure while defecating.

Cherry Cream Pie – having sex with a girl on her period…when I was a young girl this despicable act was called earning ones red wings.

Cleveland Steamer – Relieving yourself on the chest of a woman and then fornicating between the woman’s fecally polluted breasts.

Dirty Sanchez – While in the midst of fornication, inserting a finger in the person’s anus and then smearing your finger across their upper lip, giving them a moustache. In my day before all the dirty mexicans were allowed into our pristine country this was called a Hitler.

Glass Bottom Boat – Putting saran wrap over the face of your partner and then defecating on it.

Golden Shower – Urinating on your partner.

Hot Lips Houlahan – Before having sex , put Tabasco sauce on the outside of the condom or uncovered sin stick, the vagina or anus will feel like it is on fire.

Houdini – While having sex like a dirty dog, you pull out and spit on the persons back fooling them into thinking you have ejaculated. When they turn around ejaculate in the persons face.

Strawberry Shortcake – After ejaculating into the mouth, punch them in the face. The semen and blood combine to create strawberry shortcake.

I know this has been a horrible list to read but I am sure it will help when hearing the “code” that you may see on TV or the music that your children may be listening to. Perhaps there may even be guests in your house attempting to infiltrate and turn your family to the path of the homo gay agenda.
Posted by Susan B. Xenu at 11:23 PM 1 comment:

I can only imagine that this is further proof that the Satanic Muslim religion is trying to destroy America AND Christianity! They lure in foolish yet other wise still American youth who are homo-gay and then inflict their evil belief system of the koran on those poor mentally defenseless children!

Imagine your poor foolish child who may or may not have been lured in by the homo-gay agenda is lured in by the types of fashion made famous by Lady GaGa, and comes out wearing a head covering and a bomb strapped to their chest, yelling “death to America” before the bomb goes off and they are turned into unholy islamic hamburger right in front of your eyes! 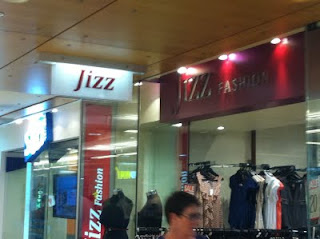 I did not walk into this store but from the name I can only guess as the horrible fetish clothing that they must sell. I imagine only the types of clothing that Lady GAGA would wear…or insert into her transgendered orifices… 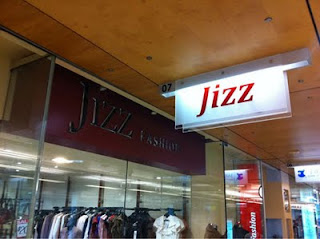 originally published May 8, 2011on christwire.org

I have recently joined Christ wire and have noticed that the webpage is very slow at times. I can only assume that this is due to the homo-gay agenda.

We all know about the homo-gay agenda controlling video games, one can easily assume that they have also infiltrated whatever group controls the internet.

I highly suggest we find those responsible and bring them to the light of the word of GOD!
Posted by Susan B. Xenu at 11:08 PM No comments:

Obama made sure to make a public spectacle of this act, taking 6 minutes of time to present it in the White House Press room instead of doing something useful as president. He even said so himself. “Now, normally I would not comment on….something like this, because obviously there’s a lot of stuff swirling in the press on at any given day and I’ve got other things to do. Well why not do them Mr. President? Perhaps you can play a game of basketball afterwords instead of destroying our country?

But instead of playing a game of basketball he decided to take his personal jet, AIR FORCE ONE which we all pay for (and let me tell you if gas is $4 a gallon imagine what jet fuel costs! And I tell you he’s not buying it down at the Wal-Mart’s Murphy USA gas station he is getting the good stuff, on our dollar! ) a trip to visit his old friend Oprah and to appear on her TV show where he told her ”Can I just say I was there, so I knew,” Obama said. “I knew I had been born. I remembered it.”

Can you remember your birth? I can’t. So this is yet ANOTHER piece of evidence that he is either a liar or he is indeed the Anti-Christ!

For his credit in exposing Obama, Trump stated, “I am so proud of myself because I’ve accomplished something that nobody else has been able to accomplish.” Well done indeed Mr. Trump! He further added, “”I want to look at it, but I hope it’s true so we can get onto much more important matters, so the press can stop asking me questions. I am really honored, frankly, to have played such a big role in hopefully, hopefully, getting rid of this issue,” Trump said. “We have to look at it, we have to see is it real, is it proper, what’s on it, but I hope it checks out beautifully. I am really proud; I am really honored.”

When reached for comment Sarah Palin stated “I am glad he did it, I am gonna get back to shooting things on my TV show now.”

Click here to see the original post on Christwire.org
Posted by Susan B. Xenu at 6:59 PM No comments:

An introduction from Susan B. Xenu

Hello, I am Susan B. Xenu. Perhaps you have read one of my articles on christwire.org? Or perhaps you are a friend on facbook. Maybe you have been told about my blog from a friend. What ever the situation I appreciate you coming to visit my blog.

Here you will find links to old articles that I have posted on christwire.org, as well as my thoughts on the worlds current events. You will even find some of my stories deemed to controversial for christwire such as my upcoming article on the tie to Autism and homosexuality.

I would like to remind you that I am an old woman, on a fixed income. It takes time and research to post on here so please feel free to click on an add or two. Thank you dearies, and may the love of Jesus be with you.
Posted by Susan B. Xenu at 3:48 PM 3 comments: