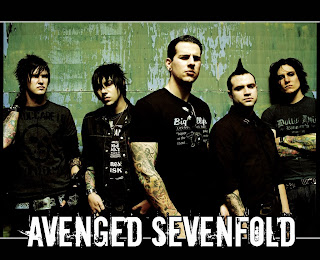 June 14, 2011 - I am afraid that when it comes to the hard rock music of today’s youth there isn’t much to praise. Over a decade ago “Creed” told us of the dangers of ignoring the lord and creating “My own Prison”. Then half a decade ago Flyleaf broke out and told us musically of the love of the lord. Now a new band has come to the forefront of today’s youth rock movement.

This band is known as Avenged Seven Fold, which is an illusion to the vengeance of the lord, spoken of in the Old Testament. Just minutes ago I heard their latest song while my grandson Jimmy was bringing me from the doctors office. The name of the song is “Welcome to the family” and speaks of the “family if Christ” that we all know so well as Christians. It starts out talking to today’s youth who have found theirselves on the path to damnation, and encourages them to turn to Jesus, and “join the family”. At the end of the song they tell fornicating sinners that they are “not invited” within the gates of heaven.

The band was formed in 1999 in Huntington Beach, California. Two of the band members took their musical pseudonyms from Genesis 4:24. Another member took the name of Christ as his last name. Several of their albums are “concept albums” that have biblical concepts; these albums are “Sounding the Seventh Trumpet”, “Waking the Fallen”, and “City of Evil”.

Despite their scruffy looks they are quite holy! Parents, this music is welcome inside your house!
God Bless!

This article was originally published on christwire. To see the article there and view the comments click here.
Posted by Susan B. Xenu at 1:56 AM